Everything about betting on Virtus.pro

Virtus.pro is a renowned Russian esports organization established back in 2003. More than 100 players have played under the team's name throughout the organization's existence. The team is well known for some amazing performances over the years. Notably, it has won first place more than 100 times in different competitions in various eSports disciplines to solidify its position among the top eSports team there has ever been.

The team's success resulted in forming the Virtus.pro women's team on 5th September 2012. On 18th September 2014, Virtus.pro Polar Team was formed. Later, the organization renamed the newly formed team ASUS.Polar. The renaming was done to make it a separate brand but with the same ownership. That plan ended up being unsuccessful. The organization merged it with Virtus.pro, and the new brand ceased to exist. Virtus.pro received more than 100 million US dollars in 2015 from USM Holdings, owned by Alisher Usmanov. Moving forward, the team became part of the ESforce eSports Holding. 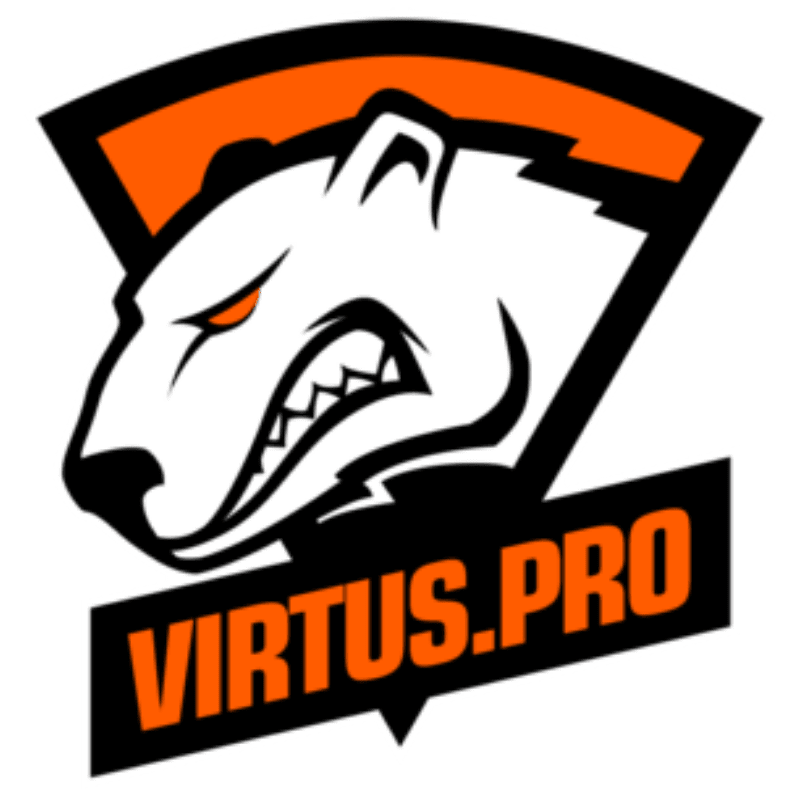 As mentioned earlier, countless players have played for Virtus.pro over the years, with some retiring from esports and others fired from the team due to subpar performances. However, Virtus.pro usually replaces such players with others from the best esports teams. Some of the remaining players are mentioned below.

The rosters usually change from time to time based on players' performances. The Virtus.pro organization is known to host most of the original Golden Five players, a team with the most popular roster for Counter-Strike in Poland at the time.

Virtus.pro players come from several different countries. Such include Russia, Ukraine, Estonia, Denmark, Latvia, Germany, Kazakhstan, Belarus, Moldova, Kyrgyzstan, Slovakia, Poland, Uzbekistan, and Sweden. However, a majority of the players are from Russia. Virtus.pro has no restrictions regarding who can join the team based on country of origin. Performance is the key metric they use.

Virtus.pro's strongest game currently (as of 2022) is Counter-Strike: Global Offensive (CS: GO). Great performance in the competition began in 2014 after the organization signed the AGAiN five-member roster that included Jaroslaw Jarzabkowski, Pawel Bielinski, and Janusz Pogorzelski. It also signed Golden Five players Flip Kubski and Wiktor Wojtas. The team won the EMS One Katowice and CEVO Season in the same year and went on to win at ESEA in the following year.

A new CS: GO roster was formed in 2018, with only Janusz and Pawel being retained from the previous roster. The next best performance came in 2019 after winning 10,708 US dollars for taking first place in the Polish eSports League Spring.

Virtus.pro is also well-known for its performance in Dota 2. Many punters usually bet on the team as their favorite team to win in most leagues and tournaments. The team got second place during the 2018-2019 Dota Pro Circuit season. In the 2021 Dota Pro Circuit Regional leagues, Virtus.pro became the only team in all regions to finish 7-0 in two seasons.

Why is Virtus.pro popular?

Virtus.pro is among the most popular esports teams globally due to numerous reasons. For starters, the team has been performing relatively well, winning most of the games they play. That gives punters the confidence to bet on the team, knowing that there are high chances of the team continuing with the great performance.

Another reason for the popularity of Virtus.pro is that it is well managed. The management does everything possible to ensure that the team operates at a profit. That includes suspending players or even entire disciplines whenever there are any performance issues. Punters do not need to worry about the rosters for any Virtus.pro team plays.

Virtus.pro typically takes part in most major esports events and tournaments. That means that the team's fans can always find tournaments and leagues on the best esports betting sites to place bets on the team. The team also has rosters for several disciplines. Punters can thus bet on the same team in different eSports games.

Virtus.pro is also popular because of its entertaining game style. That is especially the case in Dota 2. Punters can thus enjoy watching the team play after placing their bets. The team is well-coordinated, with each player showcasing amazing gaming skills.

Virtus.pro participated in this championship and finished at the second position to win a prize of 180,000 US dollars from a prize pool of 1 million US dollars. The event was hosted in Europe on the 16th and 28th of February 2021. The championship format had a play-in stage with a double-elimination bracket, from which the remaining eight teams advanced to the group stages. The group stages had two double-elimination formats, with the top three teams moving on to the playoffs. The playoffs led to the quarterfinals, semifinals, and the Grand Final.

This CS: GO league was hosted in Europe from 10th November 2020 to 6th December 2020. Virtus.pro won the tournament and was awarded 500,000 US dollars from a $1 million prize pool. Twelve eSport teams participated in the league. The league format included group stages, the last chance stage, and the playoffs.

DreamHack organized this offline Global Offensive game series, hosted in the MGM Grand Garden Arena. Sixteen teams took place in the event, playing through group stages consisting of four groups, each with four teams. The top two teams from each group advanced to the playoffs, leading to the finals. Virtus.pro won the series, pocketing $ 200,000 from a prize pool of $ 450,000.

This league was hosted offline in Atlanta from 22nd January 2017 to 29th January 2017. It had a 16-team Swiss system format in the group stages from which eight teams proceeded to the playoffs, leading to the finals. Virtus.pro finished at the second position to take home a prize of 150,000 US dollars from a prize pool of 1 million US dollars.

This open series for offline Global Offensive game took place in Bucharest from 16th November 2016 to 18th November 2016. Eight teams participated in the event. The format had two groups playing in a double-elimination format and playoffs that had a single-elimination bracket. Virtus.pro won the series to take home 50,000 US dollars from a prize pool of 100,000 US dollars.

This offline league was held in Atlanta from 24th May 2016 to 30th July 2016. The format featured group stages, playoffs, last chance stage, and final playoffs. Virtus.pro won the league and was awarded 400,000 US dollars from a 1.4 million US dollars prize pool.

Best and most popular players of Virtus.pro

Jaroslaw Jarzabkowski, better known by his username Pashabiceps, is currently the oldest and one of the most popular players in the Virtus.pro team. He has been among the most popular players on the team for many years, thanks to his prowess and skills in Counter-Strike: Global Offensive. Many esports fans consider him one of the greatest. His amazing credentials back up that popular opinion. He has also generated a good amount in prize winnings so far, with the figures likely to increase as he continues to play.

Mareks Galinskis is another popular Virtus.pro player who is better known by his username, Yekindar. He was signed to Vitrus.pro in May 2020, and his impact was felt almost immediately as he helped the team win the next event, the CIS Cup 2020 Blast qualifier, by producing astonishing performances. He also led the team to win IEM York CIS and posted the best rating ever on the server in the process. Even when Yekindar does not showcase his best performance in a game, he always creates space for his teammates to shine. The addition of such players helps make Virtus.pro a famous eSport team.

Where and how to bet on Virtus.pro

Betting on Virtus.pro is quite easy. The first step is finding an esports betting site where you are eligible. When choosing the site, consider payment options, transaction limits, trustworthiness, and user-friendliness to ensure you enjoy the best esports betting experience. You should also ensure the site offers esports betting markets in the disciplines in which Virtus.pro participates. The next step will be to deposit funds into the online esports betting site and place the desired bet. A good tip is to always check for any available bonuses and make good use of them.

Best strategy for betting on Virtus.pro

For starters, you should consider the esports team roster and ensure no changes that can affect the team's performance have been made. If there are some changes, you might have to adjust your bet accordingly. Also, consider limiting your bets to esports disciplines in which Virtus.pro performs well regularly. Remember to wisely choose the bet type and wager amount and avoid making emotional betting decisions.

This website only displays operators licensed in Ontario, Canada. Please confirm whether you are located in Ontario.